Hear directly from the homeowner about his experience of how this dramatic transformation unfolded. 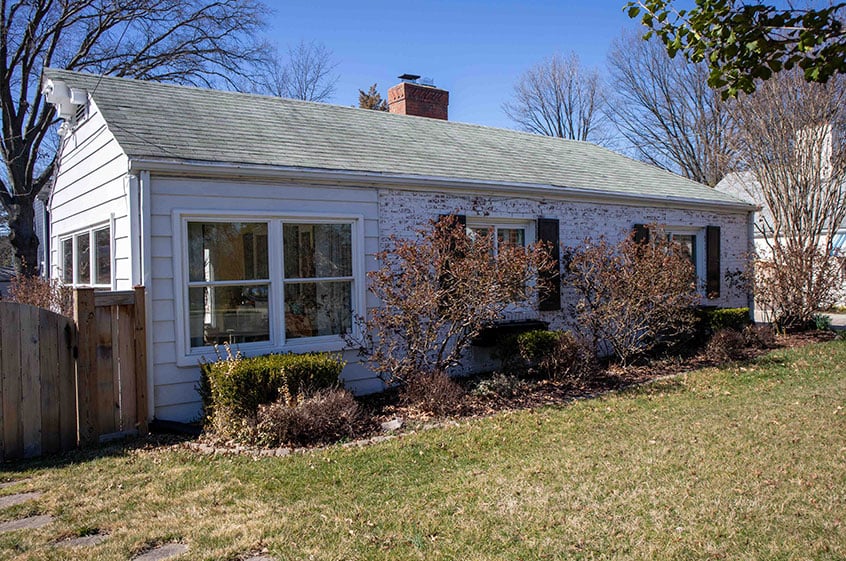 The Kosiks loved the interior of their new home, but the exterior left much to be desired. We helped them create a home they love inside and out.

Beautiful on the Inside and Outside

When David Kosik and his partner Ted found their new home, they fell in love with the layout of the interior. However, they decided right away that the exterior needed an overhaul: the roofing was dilapidated, the paint color and finish was not their style, the gutters needed to be replaced, and the shutters needed some love. David and Ted wanted a team that could help them do it all, so they reached out to Exterior Medics. With new roofing, siding, and more, we ensured they were able to come home to a beautiful house.

The Kosiks’ search for an exterior renovation company brought them down many roads, but they were continually met with dead ends in trying to find someone who could help them tackle everything on their list. They wanted a company who could do it all. Doing the project all at once would not only make David and Ted’s lives easier, it would also ensure continuity in the design.

In the end, they chose Exterior Medics not simply because of our ability to complete what needed to be done, but also because of the way we work with clients, providing answers, guidance, and clarity every step of the way.

Dealing with multiple companies when working on a home renovation was something that David and Ted wanted to avoid. With our extensive capabilities, Exterior Medics was able to make the process easier for the couple, allowing them to focus on the results instead of worrying about minute details.

As with all large renovation projects, we began with a walkthrough with the project manager, who explained the steps and fielded any questions David and Ted had. We measured all areas for which we needed to order materials. During this time, we were able to complete the preliminary masonry repairs that were necessary before starting the rest of the renovation. Once this was finished and the materials were in, we jumped into the next phase of the project, working on the roof, siding, and door replacement concurrently. To support the new stylish additions to the home, we painted the brick a gorgeous complementary color. Lastly, we installed the new gutters.

Throughout it all, we did frequent walkthroughs of the house to explain what we were doing and ensured that David and Ted were an integral part of the process. In fact, David would frequently brainstorm with the project manager to resolve any unexpected issues that came up.

We were able to give David and Ted a house they are proud to call home in just 16 days. Through it all, we provided guidance and clarification to ensure the homeowners were as involved in the project as we were. Our renovations gave David and Ted a sense of pride in their new home, allowing them to put their own stamp on it and make it entirely their own.

Are you ready
to transform
your home?

“What was the most impressive was how communicative and respectful the teams were. They were really engaged in this process as well, and had a commitment to make it the best that it could be. I don’t know that I could have gotten that experience with any other company.”