One of the best parts of the holiday season is embracing the festive spirit that comes with joy-filled gatherings. There’s something magical about twinkling lights, Christmas sweaters and Santa hats, and the scent of pine and candy canes filling the air. To kick off the holiday season, Exterior Medics participated in a community event full of merriment and fun: the Spotsylvania Christmas Parade.

Held on Saturday, December 7, this year’s event marked the 41st Annual Spotsylvania Christmas Parade. The event was a family-friendly affair to spread holiday cheer throughout the community. The ‘Twas the Night Before Christmas theme invited the crowd to dress up in their holiday best, which our team was more than happy to do!

On the morning of the parade, the Exterior Medics team and their families met at the starting point for the floats to enjoy breakfast and hot chocolate. Excitement bubbled in the air as the crowd munched on their bagels, pastries, and beverages from Panera—the perfect fuel to get the day started on the right foot. Several members of our team were on site, including Owner Joe LeVecchi, Fredericksburg Operations Manager Tom Green, Sales Coordinator Lauren Edwards, and Marketing Manager Cross Jimenez. Everyone was buzzing with excitement for our first official parade appearance. 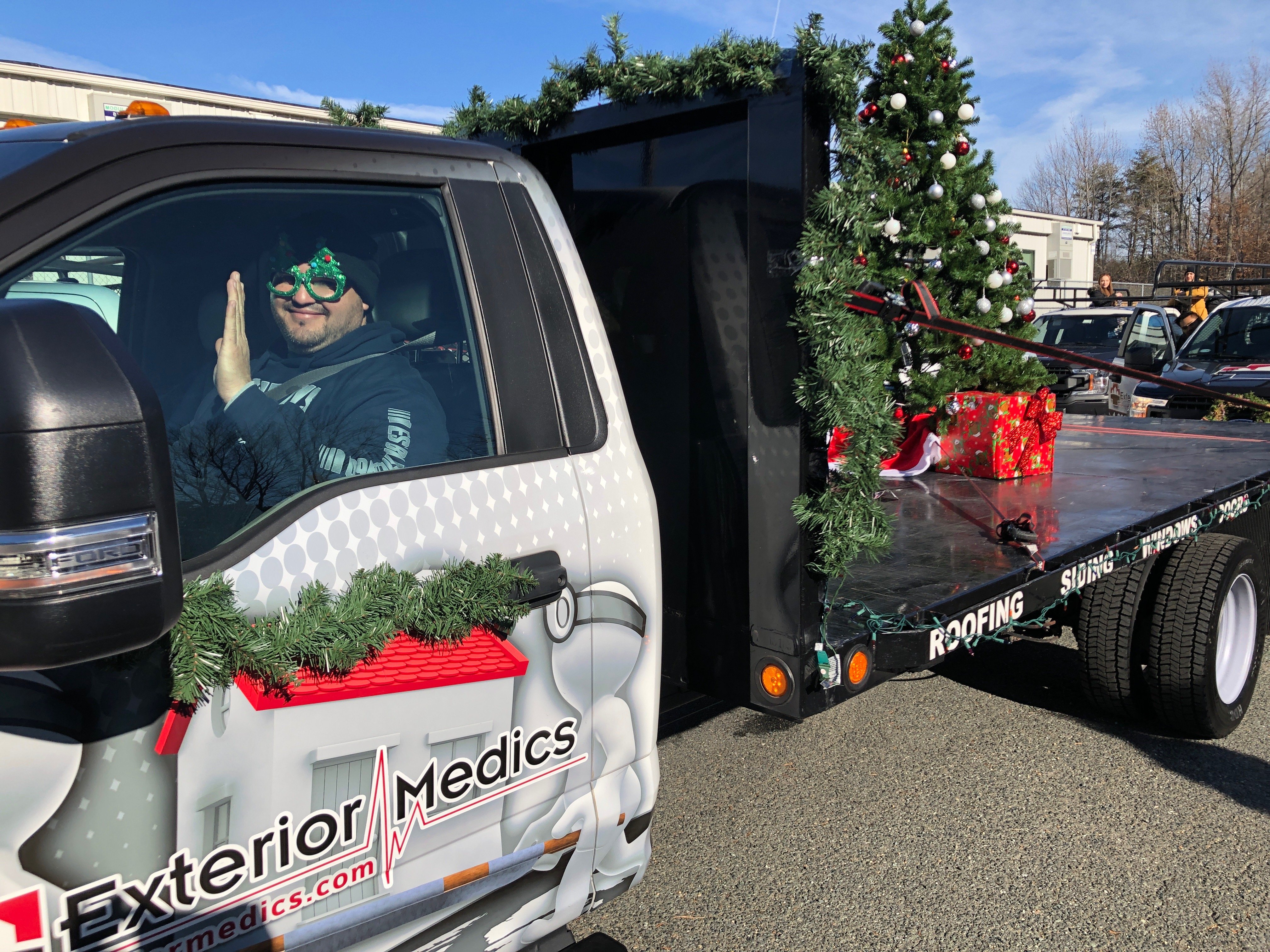 Our parade vehicles were ready to go: we had a dump truck covered with holiday decor to drive the kids, a flatbed truck to display the Christmas tree and presents, and several more pickup trucks to carry the rest of our group. We focused on making sure the kids were settled in the most ideal spots that would give them the best view of the crowd. After finishing our breakfast and loading everyone up, we were ready for the parade to get underway.

We were anticipating a decent-sized crowd, but the turnout was much greater than we expected. It seemed everyone was ready for the holiday season to begin! We were surrounded by our fellow participants: junior performance groups, senior performance groups, churches, car clubs, scout troops, first responders, marching bands, equestrian units, and other local businesses. Though we were all from various walks of life, we came together in the interest of community spirit. Everyone showed us amazing hospitality, and we were welcomed into the fold with open arms.

By the start of the parade, the amount of spectators had swelled, and the streets were lined with bright, smiling faces. Owner Joe drove the dump truck, toting our team members and their kids in the back, where they were having a blast. As we progressed along the route, we tossed out Exterior Medics’ shirts, which the crowd loved. At the end of the ride, everyone was smiling and happy, primed to take on the bustling busy season.

All in all, participating in the Spotsylvania Christmas Parade gave us the perfect start to a joyous holiday season. Spending time interacting with our community is what the spirit of the season is all about. Next year, we plan to go even bigger, so be on the lookout for our grand float in December 2020! 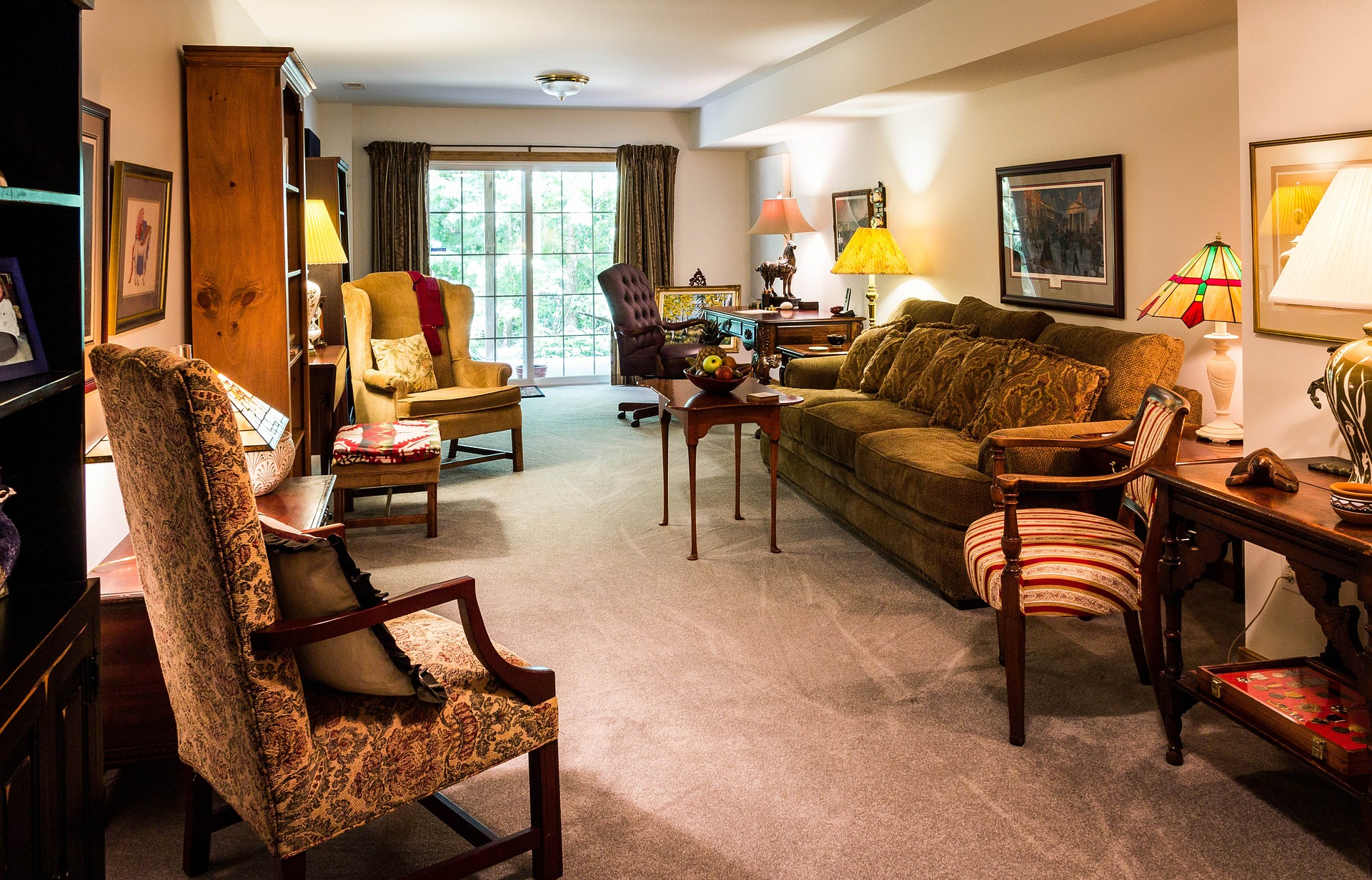 How to Add a Legal Bedroom to Your Finished Basement

6 Ways To Protect Your Deck This Winter

“Exterior Medics” and the Greek Cross symbol are trademarks of Exterior Medics, Inc., registered in the U.S. Patent and Trademark Office.