A New Look With Siding Replacement 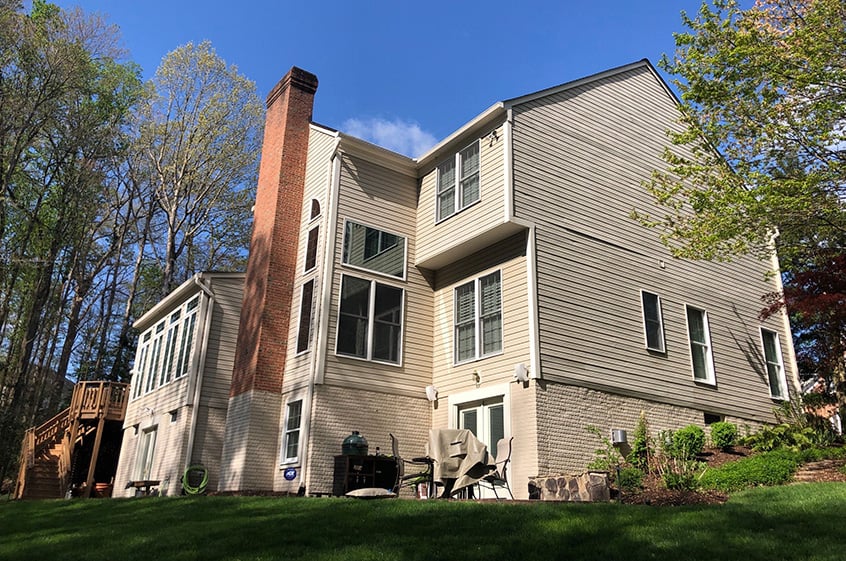 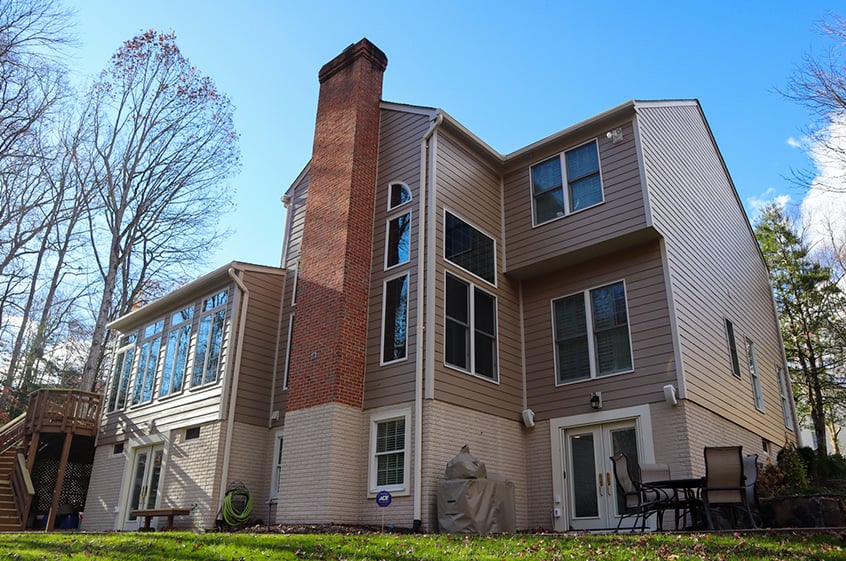 Aging aluminum siding and a mysterious leak prompted the Langenwalters to reach out to Exterior Medics for a solution. We provided them with durable new siding and two new exterior doors.

The Lagenwalters loved their home of 25 years, but they recognized that their original aluminum siding was nearing the end of its lifespan. Over time, it has given way to damage, with visible buckling and denting. They discovered that their old siding was not only looking worn, but it was also causing some leaking into their home. Seeking a solution, the Lagenwalters began their search for a company who could help.

Many Contractors. No Real Answers.

Situated in Northern Virginia, the Lagenwalters’ home is a picturesque two-story house that has seen the family through ups and downs over the years. The original aluminum siding also witnessed many events in this time, including storms, snow, and all the inevitable damage that came along with it. Seeing natural aging was one thing. But when the leaks began, the Lagenwalters wanted to know exactly where they were originating. Multiple visits from other contractors proved fruitless — the Lagenwalters were no closer to figuring out exactly what was causing the leaks. That’s when they called Exterior Medics.

Though aluminum siding can last up to 50 years, many factors can contribute to it needing to be replaced sooner. With the leaks along with the visual evidence that the siding was clearly worn, the Langenwalters were ready to do more than just fix the issue — the time had come to completely replace the siding.

Of all the local companies the Langenwalters had spoken to before Exterior Medics, none seemed able to give them a clear quote. The difference with Exterior Medics was clear—we were able to determine their home’s issue and deliver a clear, easy-to-understand proposal. Pleased with our straightforward process and happy with our work on their siding replacement project, the Lagenwalters also decided to have Exterior Medics replace their two exterior doors with dry rot.

After a quarter of a century living with the home’s original siding, the Langenwalters were thrilled to get an update that was truly their own. They loved the end result, but the bright spot of the project for them was the communication from the Exterior Medics team. Throughout the project, the project manager constantly kept them updated via emails and even stopped by to check in with them, and the crew was helpful and ready to address any questions. Most importantly, the Langenwalters saw their relationship with Exterior Medics as a partnership, which made them feel like a vital part of the process.

Does your home
need exterior
renovation?

“I would recommend for anybody in the neighborhood that was looking to have work done, that they contact Exterior Medics. The end result is fabulous, it feels complete. We’re really pleased with how everything really turned out. It was a pleasure working with them.”